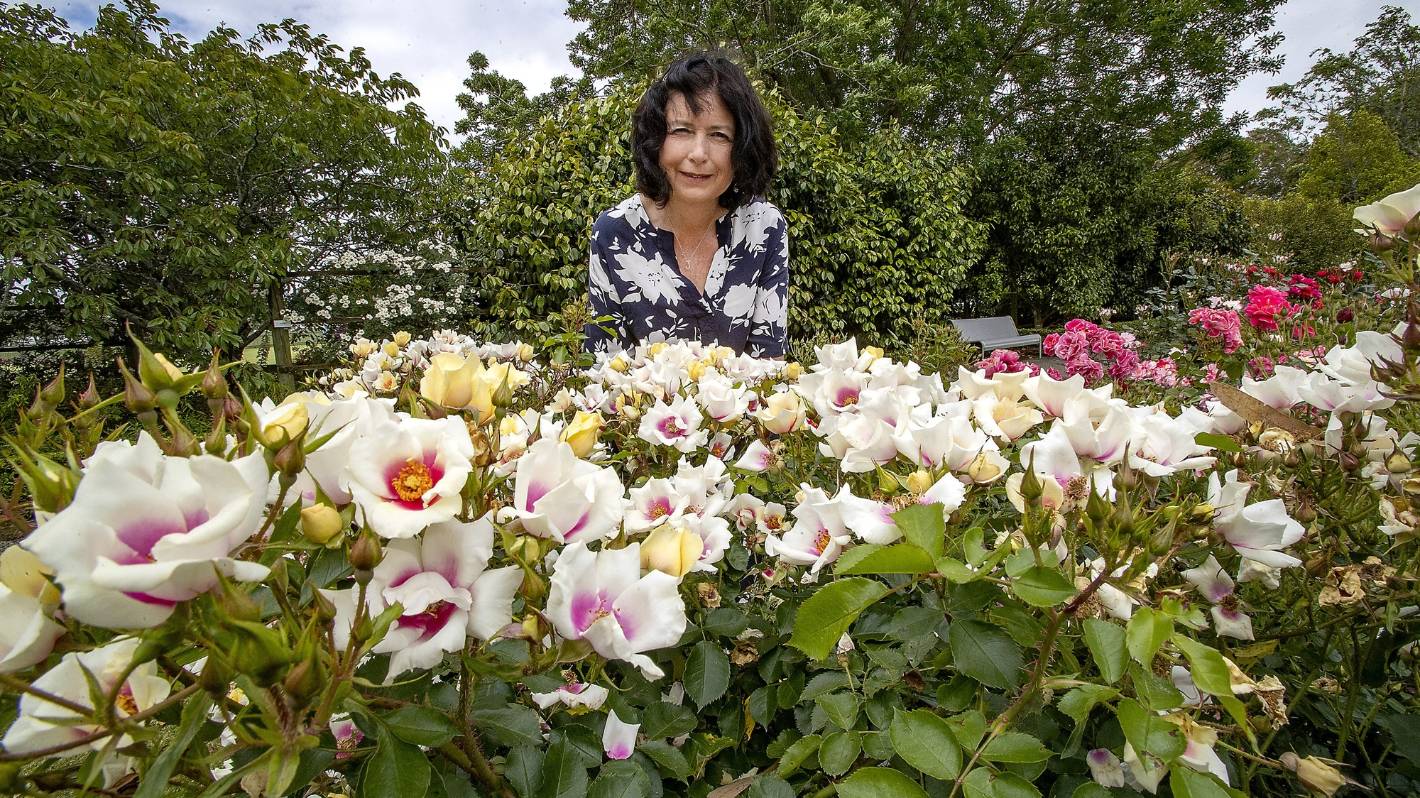 WARWICK SMITH/StuffAgent Janette Barnett collected the 2021 Gold Star of the South Pacific and Nola Simpson Novelty Award for the most novel rose trialled at the Dugald MacKenzie Rose Gardens for Floranza Eye Popping.Palmerston North celebrates its blooming picture as an internationally-renowned rose-growing centre in November. On Sunday, November 27 the high new roses trialled at the Dugald Mackenzie grounds at Victoria Esplanade will probably be introduced. In the previous two years, 50 roses submitted by growers and hybridisers from round the world have been cared for at the gardens, visited repeatedly by judges searching for color, fragrance, well being, kind and novelty worth. Trial floor committee chairman John Ford stated the roses represented some newest developments in the rose business. READ MORE:* Three Manawatū rosarians awarded for his or her companies* Champion rose is an eye-popping shock* Pandemic can’t cease roses from blooming “Rose breeders worldwide are breeding roses with more flowers and improved illness tolerance, plus more and more varieties have aromatic blooms than ever earlier than.” The high award is the Gold Star of the South Pacific, offered yearly to the high rose grown at the gardens. Certificates of advantage are given for any roses that achieve 70 factors or more and can be found commercially, with particular awards for fragrance and novelty. The Silver Star of the City is offered if a rose bred by a New Zealand novice grower positive aspects an award. Ford stated the ongoing awards, of their 52nd 12 months, mirrored the worldwide repute of the metropolis and the Victoria Esplanade Gardens for rose rising. The Manawatū Rose Society is celebrating its personal landmark this month, marking its seventy fifth anniversary. It not too long ago held an anniversary lunch at Caccia Birch House. Members return to the venue and open the doorways to the public on November 25 and 26 for his or her seventy fifth anniversary rose present. The present is open, for a gold coin donation, from 11.30am till 5pm on Friday, and 10am to 4pm on Saturday.